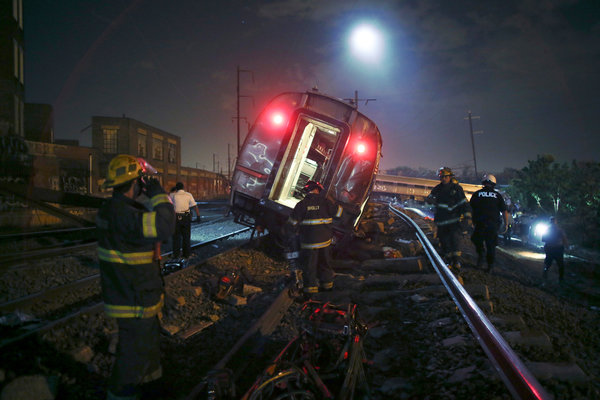 Falling asleep on the job is a long-standing joke that workers kid each other with. In many industries, however, falling asleep while working can be deadly. This is especially true in the railroad industry where having a member of a train crew that has become drowsy can have tragic consequences.

Several years ago, there was a horrific train accident in New York that was caused by the conductor falling asleep. The passenger train was traveling at 82 mph while it was moving over a curve that had a maximum speed limit of 30 mph, causing the train to derail. The crash killed four people and left another 59 victims injured.

During the investigation, the engineer – who was alone in the cab car at the time of the crash – said he felt “dazed” when the accident happened. As investigators further examined the man’s work schedule, sleep habits, and medical history, it was learned that he suffered from sleep apnea.

Sleep apnea and crew fatigue were also cited as reasons in at least two other deadly crashes. One occurred in Arkansas and left two train crew workers dead, and the other in New Jersey resulted in more than 100 injured victims.

What Is Sleep Apnea

Sleep apnea is caused by the throat muscles relaxing so much while the person is sleeping that their airway becomes blocked. One sign of possible sleep apnea is snoring. This blocking causes an interruption in the person’s sleep, and they usually wake up very tired. This fatigue lasts throughout the day and can affect their ability to focus. Many sleep apnea victims are unaware they have this potentially dangerous condition.

In 2016, the Federal Railroad Administration (FRA) proposed a new federal regulation that would have had an impact on the risk of railroad accidents caused by workers suffering from sleep apnea. The rule would have required train operators to be tested for sleep apnea.

Unfortunately – and to the displeasure of many safety advocates – the FRA dropped its proposal, claiming there was no need to implement the rule because it should be up to the railroads to decide whether to test employees. One railroad safety advocate pointed out that one small railroad company located in the suburbs of New York City does do testing and found that more than 10 percent of their engineers suffered from sleep apnea.

If you are a railroad worker that has suffered an injury due to another employee’s medical issue, human error, or any other reason, do not delay in contacting one of our seasoned and dedicated Virginia FELA attorneys to find out what legal recourse you have for the losses you have suffered. Call Shapiro, Appleton & Washburn today to schedule a free and confidential consultation.