Yes, to give the briefest and clearest answer.

Any employee of a railroad corporation that engages in interstate commerce has coverage for work-related injuries and occupational illnesses under the law formally known as the Federal Employers Liability Act.

FELA was enacted in 1908 to protect railroad employees who were almost always excluded from the state-based workers’ compensation programs that were just then coming into being. While FELA procedures differ significantly from those used by workers’ comp, the intent is the same. Individuals who get hurt, killed or made sick while they were doing their jobs can seek compensation and damages for medical bills, disability, lost wages and, in the worst cases, wrongful deaths.

The first qualification for coverage under FELA is working for a company that is subject to the rules and regulations created to implement the law. So, again, yes, people who work for a railroad company but not on trains do have FELA rights. 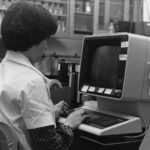 And, of course, office workers face risks for workplace injuries and occupational illnesses. The Society for Human Resource Management, for instance, lists four of the most common physical dangers in office settings as

Railroad employees who work inside rail yard administration buildings and corporate headquarters can also be exposed to cancer-causing particulates, toxic fumes and infectious agents. The extensive use of asbestos insulation in buildings built before the 1980s and the almost constant idling of diesel-powered locomotives in freight and switching yards pose particular dangers to longtime and retired office staff.

Proving a FELA injury or illness claim is not always easy, though. Doing so requires showing that railroad, through its executives, managers or employees, acted negligently and failed to protect the injured or ill worker. Partnering with an experienced FELA attorney can help a current or retired railroad worker find, organize and present evidence of negligence. Documenting negligence makes a railroad strictly liable for settling a FELA claim or for paying a FELA award granted by a civil trial jury.