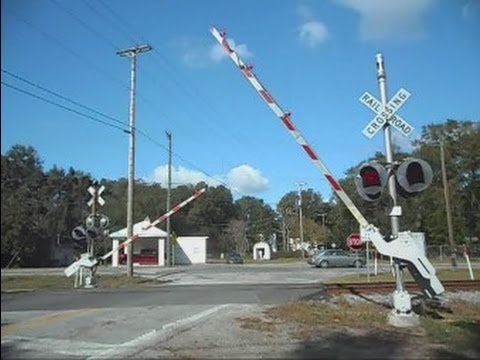 According to the National Transportation Safety Bureau, a person or vehicle is hit by a train every two hours. Approximately 1,000 people are killed each year in train-related accidents. This number has seen a steady increase each year since 1997. Some of the more common types of train accidents include:

National statistics show there are almost 6,000 train-car crashes each year, the majority occurring at railroad crossings. These crashes result in 600 victims killed and another 2,500 injured. More than half of these crash occur at railroad crossings that have inadequate, defective, or no safety devices. When these crashes occur during the day, 75 percent of the crashes are caused by the train hitting the car. About half of the crashes that happen at night are caused by the car driving into the train at a poorly marked crossing.

Train-car crashes are not always fatal, but many of them do result in the death of victims. For those who do survive, they are often left with catastrophic injuries that result in an overall decline in their quality of life

There are a number of reasons why train crashes occur. At Shapiro & Appleton, we have represented numerous train accident victims and their families and have seen several common scenarios that caused the crashes, including the following:

Although a train-related accident can result in many different types of injuries, the following are the most frequent that our train accident clients come to us with:

The law imposes certain legal obligations on common carriers such as railroads in order to protect passengers and the public in general. When there is a failure to use reasonable care on the part of the railroad where the accident occurred, such as conductor or engineer negligence, a train defect, engine mechanical failure, or railroad track defects, choosing legal counsel experienced in Virginia personal injury litigation is a must.

If you or a loved one has been injured in a train accident, contact the legal team at Shapiro & Appleton to meet with one of our Virginia railroad accident attorneys to find out what legal options are available to get you the financial justice you deserve.